Rites and Rituals in Guatemala and Mexico

This book is a captivating visual record of the rich, still-alive traditions in Mexico and Guatemala conveyed through striking duotone photographs of community events in the region that take place within an annual cycle that refers to its pre-Columbian past, agricultural seasons, and Catholic traditions. The seasons of life are represented by colorful celebrations and rituals commemorating Mesoamerican history, culture, and religion. Beginning with the early December celebrations of Our Lady of Guadalupe in Mexico’s Yucatán, Bill Frej photographed thirteen celebrations including feast days of patron saints in Chiapas, Mexico, and Rabinal, Guatemala; the Carnival celebrations before Lent; Holy Week before Easter; and finally, the Day of the Dead in Oaxaca, Mexico. Three of the celebrations are distinct and unlike the others―the Masked Dance of Abraham and Isaac in Yucatán, Mexico; the Puáaxku jitsé in Santa Teresa, Nayarit, Mexico; and the Achí masked drama in Rabinal in Guatemala’s highlands. The photographs capture the traditional clothing, dances, and elaborate processions and behind-the-scenes preparations―women cook and decorate churches, children gather flowers and pine boughs, men and boys paint their faces and bodies, and everyone prepares for the days ahead. An introduction by Anne Frej and essays by Frine Castillo Badillo, Nicolasa Chávez, Philip E. Coyle, and Gary H. Gossen provide details on the celebrations and further illuminate the subjects, providing historical and cultural context on these enduring folk celebrations. 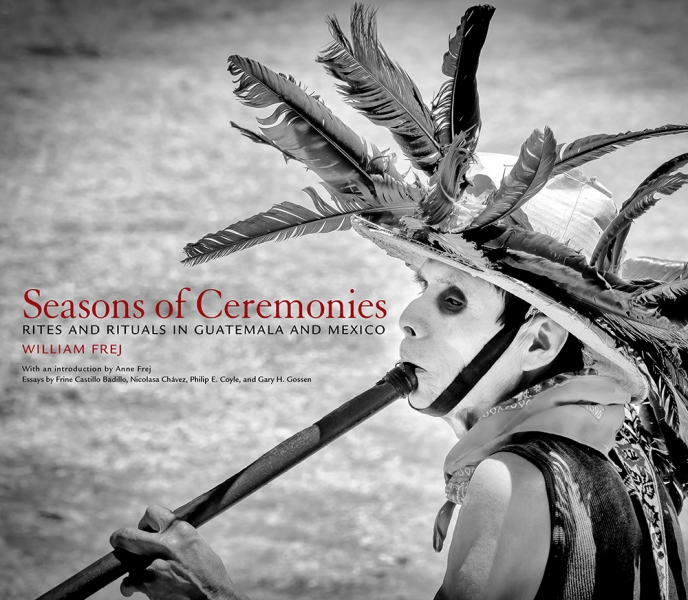