Some Are Born under a Star/Unos nacen con estrella

This posthumously published bilingual novel by Jim Sagel (1947–1998), whose unique style of writing about New Mexico Hispano culture and mastery of New Mexican Spanish was dubbed “Chicanesque,” reenacts the traditional Christmas play, Los Pastores, as the backdrop for a parallel story set in the fictional New Mexican village of San Buenaventura where a young woman has just given birth to a baby boy. The infant is Jesús (Jesus in Los Pastores) and his biological mother is Marta (Mary). Sagel informs the reader in the first paragraph that the mother has only twenty-three days to live. Sagel explicitly invokes a guiding star that shines over Bethlehem and foreshadows the tragedy of this holy mother’s death. But the story is not really about that. Instead, it is about the residents of the town who form the cast of Los Pastores. Each chapter opens with a scene from the single December performance. In particular, we follow the romance of Marta Elena Mascareñas (born Chacón) and Francisco Mascareñas, as well as the travails of the Chacón and Mascareñas extended families and friends. This is a story written with the dark and biting humor termed carrilla, a style of verbal play that evokes tears of laughter and stings of recognition. Ultimately, Sagel spins a tale intended to make us laugh even as we cry—much as life does. San Buenaventura’s people suffer brutal blows that sometimes (or often) knock them senseless, struggling to regain their footing, and seeing stars. They do so even as they live under a guiding star. 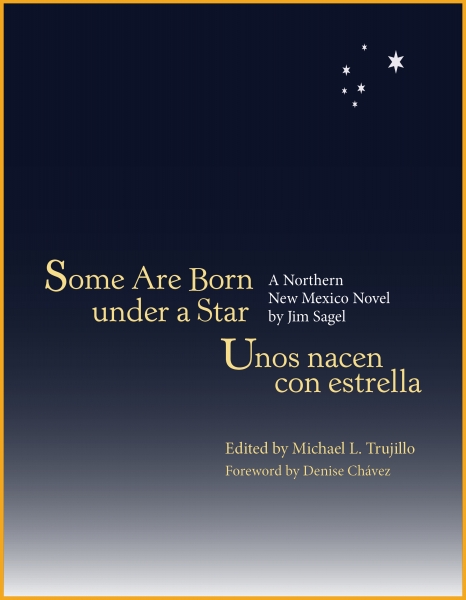